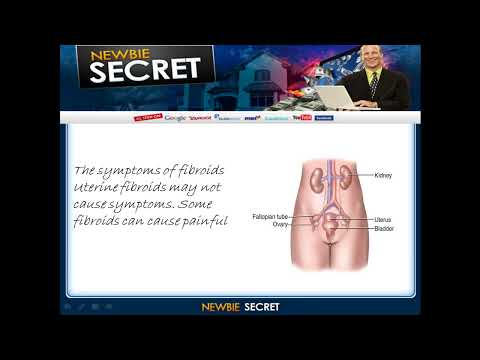 A woman’s reproductive system is the most complex part of the female anatomy. It depends on normal hormone production to function properly and occasionally problems arise. Understanding a little bit about the problems that can occur will help us get the truth about ovarian fibroids.

In order to understand the truth about ovarian fibroids it is helpful to understand exactly what the ovaries are. Women have two ovaries about the shape and size of almonds. The ovaries produce estrogen and are where the eggs required for giving birth are located.

Each month during the childbearing years a follicle forms in the ovaries that holds and releases an egg. This is known as ovulation. If the egg is not fertilized, the egg leaves the body and the follicle dissolves.

Occasionally, particularly when estrogen production is unbalanced by stress or other external or internal influences, the egg is not released as normal but remains in the follicle. The follicle then seals off, fills with fluid and becomes a functional ovarian cyst.

Some people mistakenly refer to ovarian cysts as ovarian fibroids, but that is an incorrect use of the term. A cyst is a fluid filled sac and a fibroid is something different.

Ovarian cysts are fairly common and there are many different types. The functional cyst is the most common and the least problematic. Another type of ovarian cyst is the complex cyst and this refers to a cyst that contains both solids and liquids and though the largest percentage is benign, they can develop in a malignancy.

Fibroids are not cysts. Fibroids occur, not in the ovaries, but are commonly found in the uterus. They are an ordinary type of tumor that can occur between puberty and menopause. A fibroid is solid unlike a cyst. It gets its name from the fibrous tissue that is associated with them. Ovarian fibroids is a term that is used incorrectly. It is very rare for a fibroid to occur on an ovary.

Now that we know the truth about ovarian fibroids it is still important to consider steps to take to prevent or treat an ovarian cyst or the presence of fibroids. Both things are influenced by hormone levels. It is believed that ovarian cysts occur more often in women whose hormones are out of balance. Fortunately, there are many steps you can take to keep hormone levels in balance and decrease your chances of developing either cysts or fibroids.

Taking a holistic approach to your health is the best place to begin. You may have thought you have ovarian fibroids, but you may be dealing instead with an ovarian cyst or simply fibroids.

Consult with your physician for an accurate diagnosis. In addition make whatever lifestyle changes you need to make to reduce stress, exercise and eat a healthy diet. There are so many natural steps you can take to keep your hormone levels in balance and help your body rid itself of these problems.

About the Author:
Are you misunderstanding ovarian fibroids and living with an ovarian cyst instead?
Get more information on natural treatment methods to treat ovarian cysts by visiting http://www.natural-ovarian-cyst-cures.com where you will learn what small, but impacting changes you can make in your lifestyle that will get you back to your best health now.