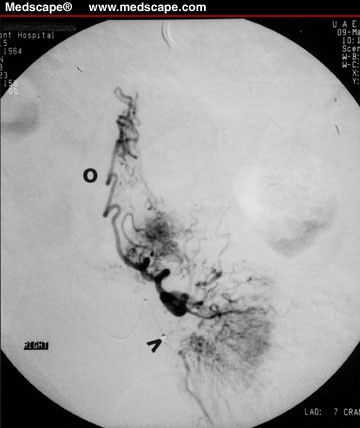 Fibroids and Pregnancy – You Can Have Children

Fibroids affect 40 percent of women (50 percent of African American women).Women hoping to conceive do not know that there are alternatives to a hysterectomy.

What are the chances of a child being born healthy by a mother affected by fibroids during pregnancy?

If you are pregnant and have fibroids, you may be able to sleep a little better at night knowing that the battle is half over. Several of the complications related to fibroids occur prior to becoming pregnant. It is because of certain types of fibroids that women experience infertility. This is often due to the fact that these fibroids may either block a fallopian tube, thereby stopping the sperm from ever reaching the egg or may bulge into the uterine cavity, changing the natural shape of the uterus and preventing a newly fertilized egg from being planted. Therefore, if you have successfully passed this stage and are now well into your pregnancy, you may have a little less to worry about.

It is not to say, however, that you will be problem-free if you have fibroids during your pregnancy. Although many fibroids do not cause any problems during pregnancy, some fibroids -especially those located in the cavity of the uterus-may increase the chance of a miscarriage (in which the pregnancy ends before 20 weeks) or may cause a woman to go into premature labor.Theymay also increase the chance that the baby is not positioned to come out headfirst which can increase the need for cesarean section. Other complications due to fibroids may include discomfort, feelings of pressure, or pain.

Because of the reasons stated above and simply to ensure the proper growth of your baby, it is important to constantly have your pregnancy monitored by your physician. Although fibroids, almost never directly affect the health of your baby during pregnancy, it is necessary to keep close watch.

All things considered, if you are able to successfully deliver your baby, you should feel comforted knowing that the fibroids have no affect on the health of your newly born baby.

Should I surgically treat the fibroids before I give birth to avoid further complications?

Unfortunately, fibroids cannot be removed during pregnancy because of the risk of injury to the uterus and hemorrhage. Treatment is often limited to pain medication and medication to prevent premature labor, if necessary.

Most pregnant women who have fibroids will not experience any complications with their pregnancy. During pregnancy, there is usually an increase in the size of the fibroid due to increased hormone flow. Additionally, some of the complications that may arise include: obstructed labor, postpartum hemorrhaging, stalled labor, and forcing the fetus into an unusual position. Your physician will keep close watch to monitor and prevent the occurrence of most of these complications. Still, in approximately 75% of cases, there are no problems as a result of fibroids.

In the majority of cases, the symptoms are inconvenient and unpleasant, but do not result in health problems. Some of the more common minor symptoms pregnant women do experience are pelvic pain and light spotting. Additional symptoms include: pelvic pain or pressure, constipation, back pain, pain during intercourse and pain in the back of the legs.

Laura, a police officer, was diagnosed with fibroids at 35. Her primary care physician told her that her best option was to have a hysterectomy, but she wasn’t ready to give up her fertility. After doing research online, she found the Fibroid Treatment Collective. At 42, Laura was blessed with her first child. “I think embolization is the best procedure out there for maintaining your health and your fertility.” Laura explained. “Here I am sleep deprived (because of the baby), but the happiest person you could imagine. It [UFE] changed my life.” View her story here: http://www.youtube.com/watch?v=fzyWhOHNDus

About the author: Bruce McLucas, M.D. is a Los Angeles based obstetrician-gynecologist who practices at the University of California at Los Angeles Medical Center. He serves as a Assistant Clinical Professor in the Department of Obstetrics and Gynecology at the David Geffen School of Medicine at UCLA. One of the few gynecologists in the world who also is qualified to perform uterine artery embolization, Dr. McLucas has published extensively in that field and trains doctors throughout the world.